Former Bishop Mclaughlin Coach Keith Tandy back in the NFL!

Keith Tandy, who spent six seasons playing for Tampa Bay, is joining the team’s coaching staff. He will serve as special teams assistant, Greg Auman of TheAthletic.com reports. The Buccaneers made Tandy a sixth-round choice in 2012. He appeared in 84 games with 15 starts with the Bucs, making 179 tackles, eight interceptions and 14 pass breakups. Keith Tandy was the Defensive Coordinator at Bishop Mclaughlin in 2019.

Stills, the father of former University of Oklahoma and current Houston Texans’ wide receiver Kenny Stills, spent time in the National Football League from 1985 to 1990 with the Green Bay Packers and Minnesota Vikings.

“Keith Tandy displayed a level of passion, work ethic, and instruction that is quite rare among coaches at this level! Keith is a very special person, and I trust he will impact the Tampa Bay Buccaneers Organization just like he did here at Bishop Mclaughlin Catholic High School” – 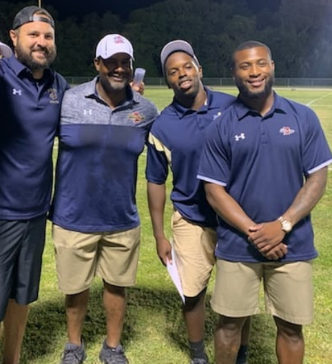 Practice
9:00 am
View All Events