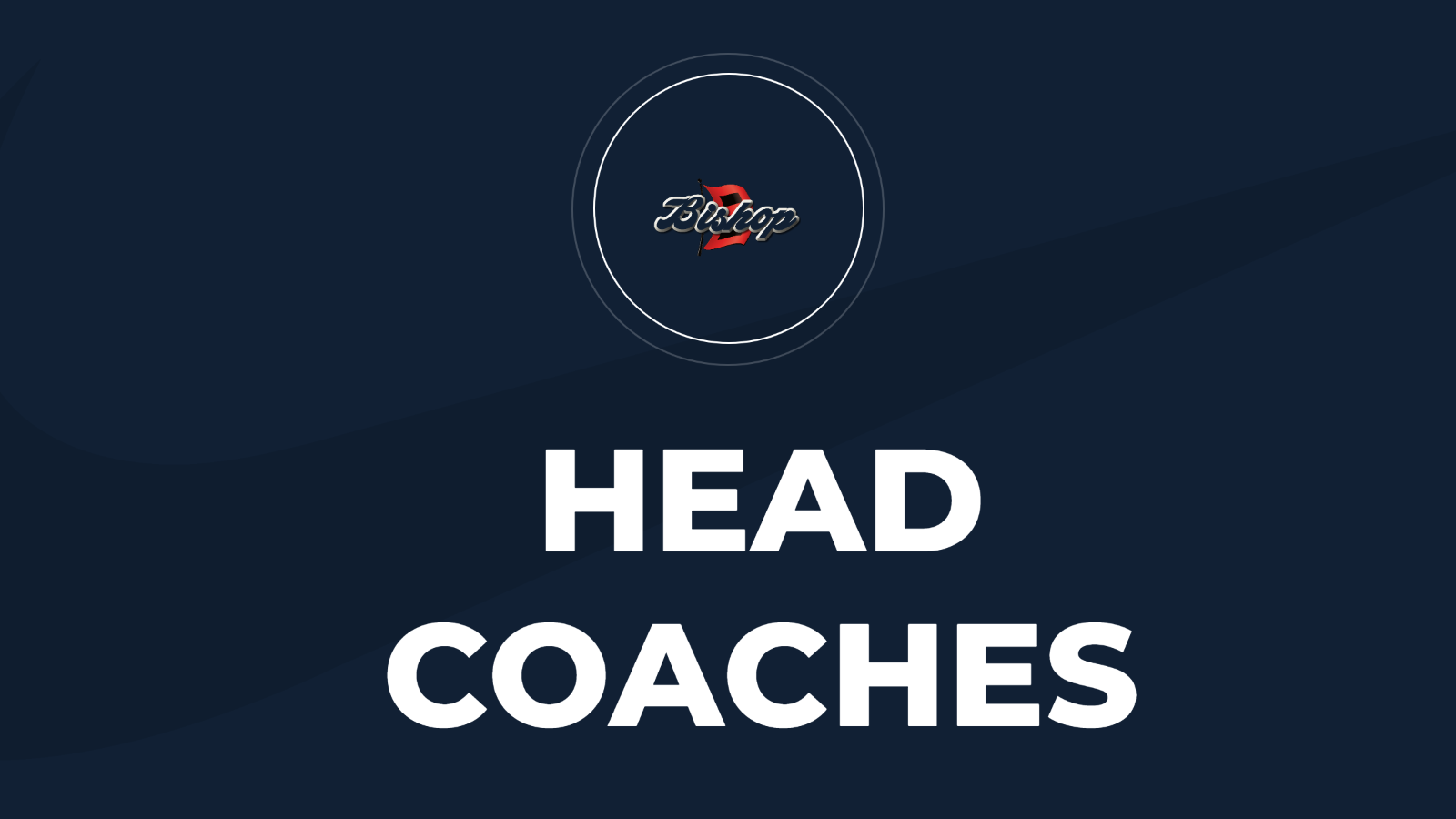 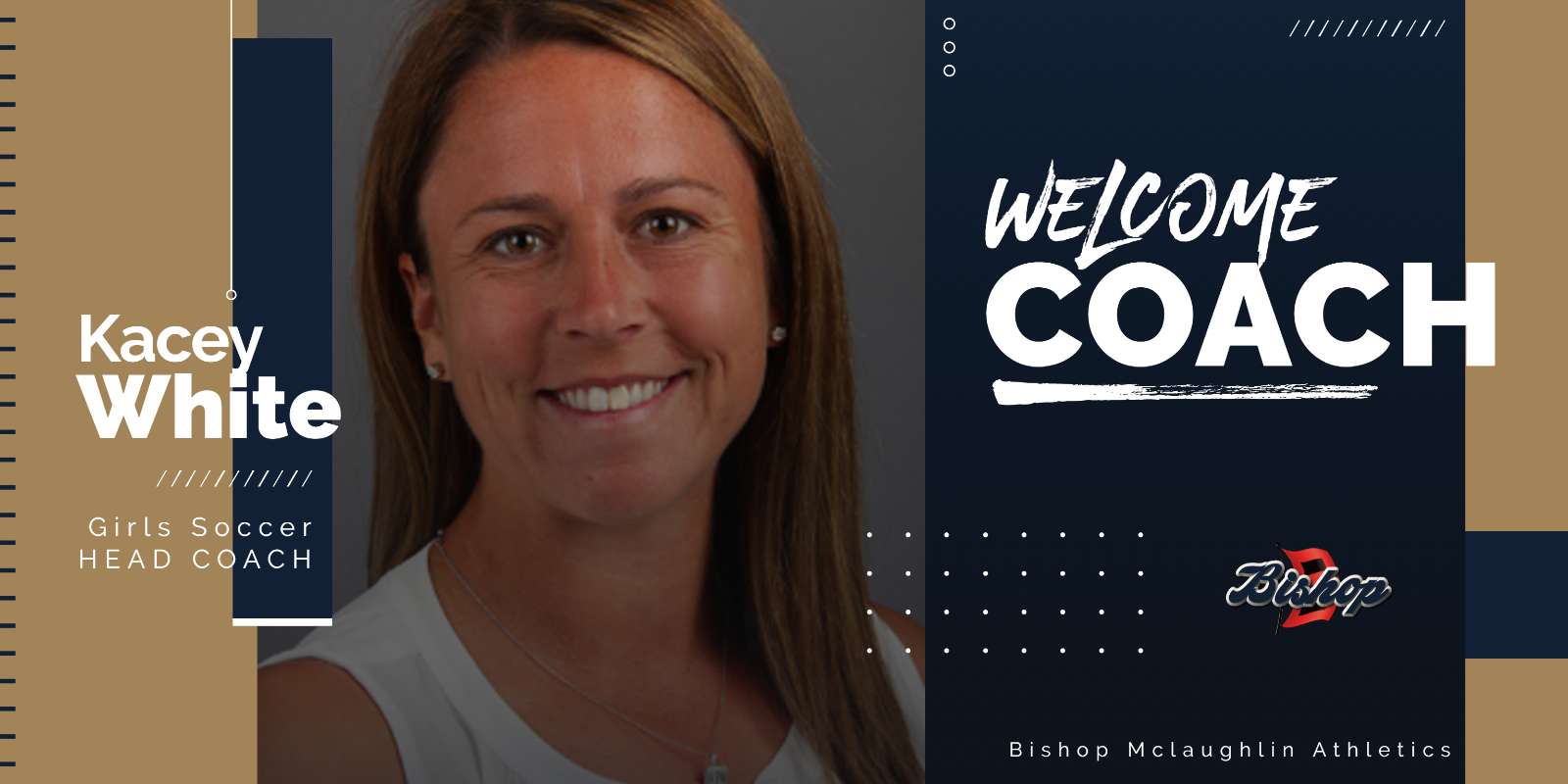 White has a spectacular background as player, including as a two-time All-American in 2004 and 2005, and a member of the 2003 NCAA National Championship team at the University of North Carolina. Ms. White, who earned All-ACC honors three out of her four seasons on the UNC squad, graduated in 2006 with a bachelor’s degree in exercise sports science with a minor in coaching. Following her graduation, Ms. White earned a spot on the U.S Women’s National Team from 2006-2010. During her USWNT career, she earned 17 caps and served as an alternate for the 2008 Beijing Olympics. White also played professionally for six years in both the United States and Sweden. 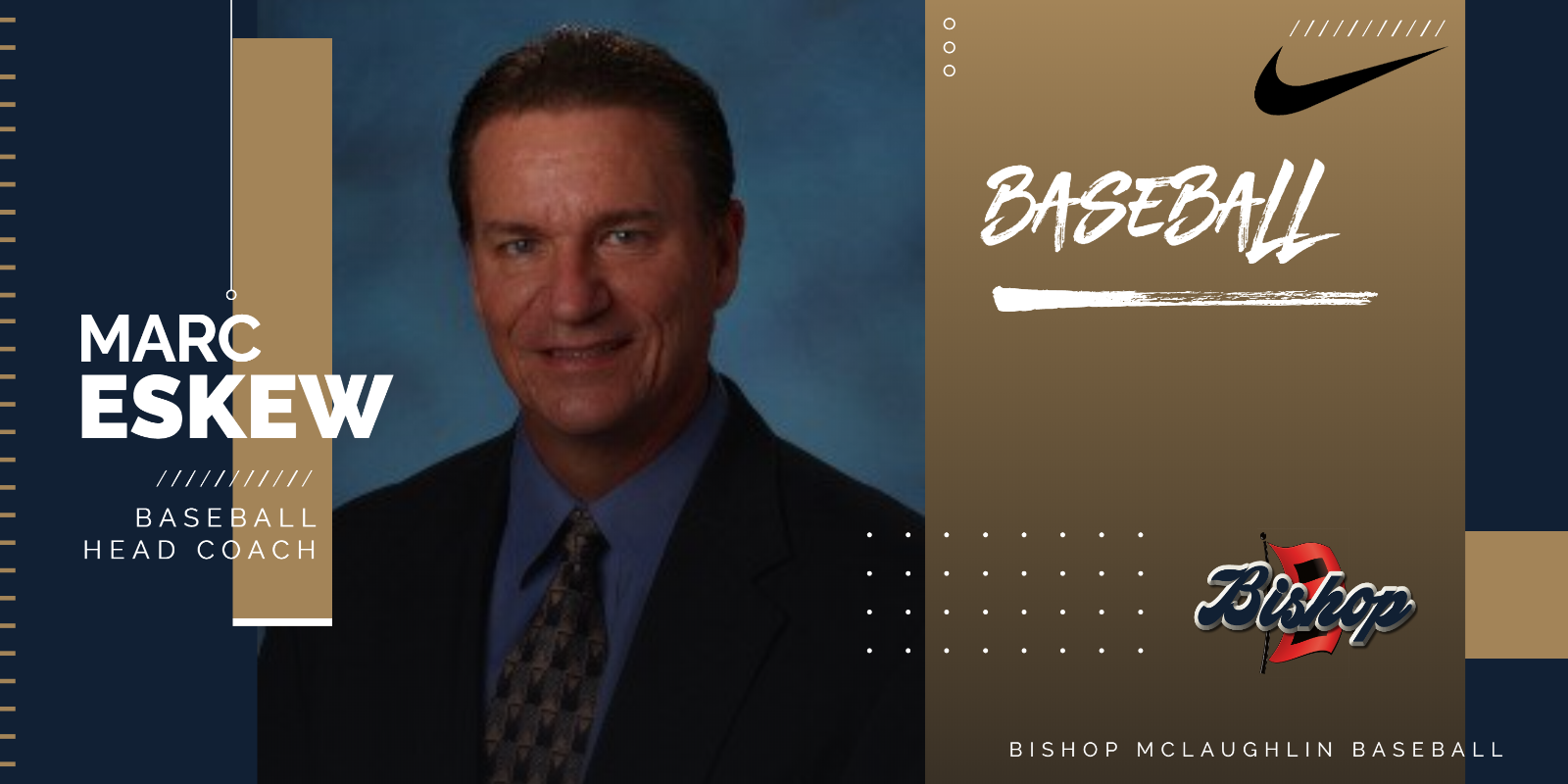 Head Coach Marc Eskew: began coaching competitively in 2010 with the formation of the Majestic Vipers travel baseball team.  From 2010 to 2015, coach Eskew grew the Vipers into a highly competitive, multi-team organization with teams from 8U-14U.  From 2011, coach Eskew led the Keystone Little League all-star baseball team to its first state championship round birth.  His teams repeated this feat in 2012 and 2013.  In 2015, coach Eskew transitioned into High School level travel baseball with Baseball University.  Since 2015, he has managed several teams for Baseball University during the college showcase summer seasons and currently serves as the college recruiting coordinator for the organization. In 2016, coach Eskew served as the Head Baseball Coach at Sickles High School.  From 2017-2019, coach Eskew served as an assistant varsity coach at Bishop McLaughlin Catholic High School.  During the 2019-20 school year, coach Eskew took over as the head varsity baseball coach at Bishop McLaughlin Catholic High School. 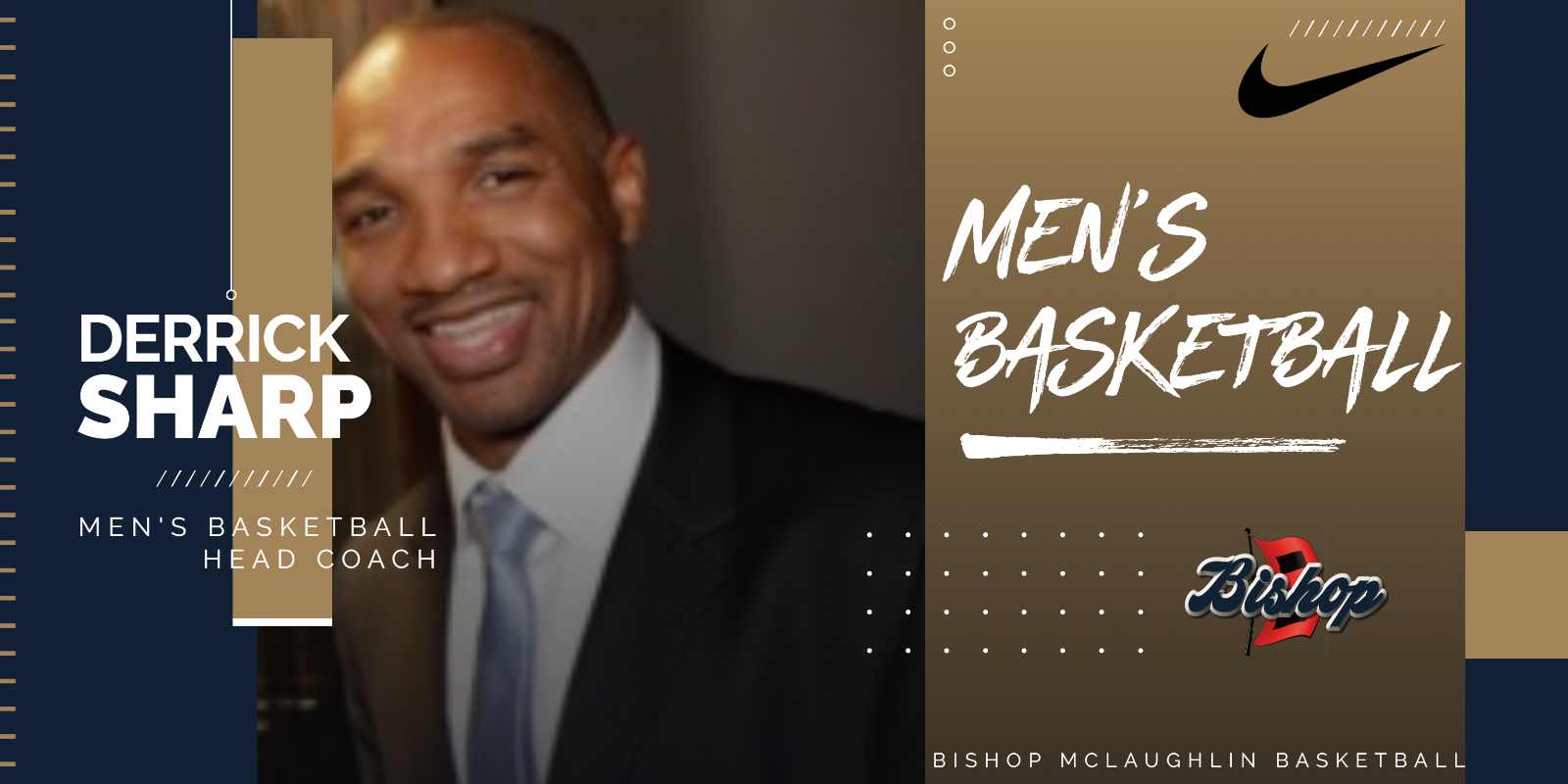 Head Coach Derrick Sharp is a former American-Israeli international basketball player and coach. Sharp played with the Maccabi Tel Aviv basketball club for 15 years, spending part of the time as the team’s captain, and also later served as the team’s assistant coach under David Blatt. With Maccabi, he won a record 29 club titles. In July 2011, Sharp retired from playing professional basketball. After he retired from playing, he remained with Maccabi Tel Aviv, working as an assistant coach with the club, until August 2013. Sharp then moved to Tampa where he spent time as the Blake High School varsity basketball coach and has since made the move to join us here at Bishop. 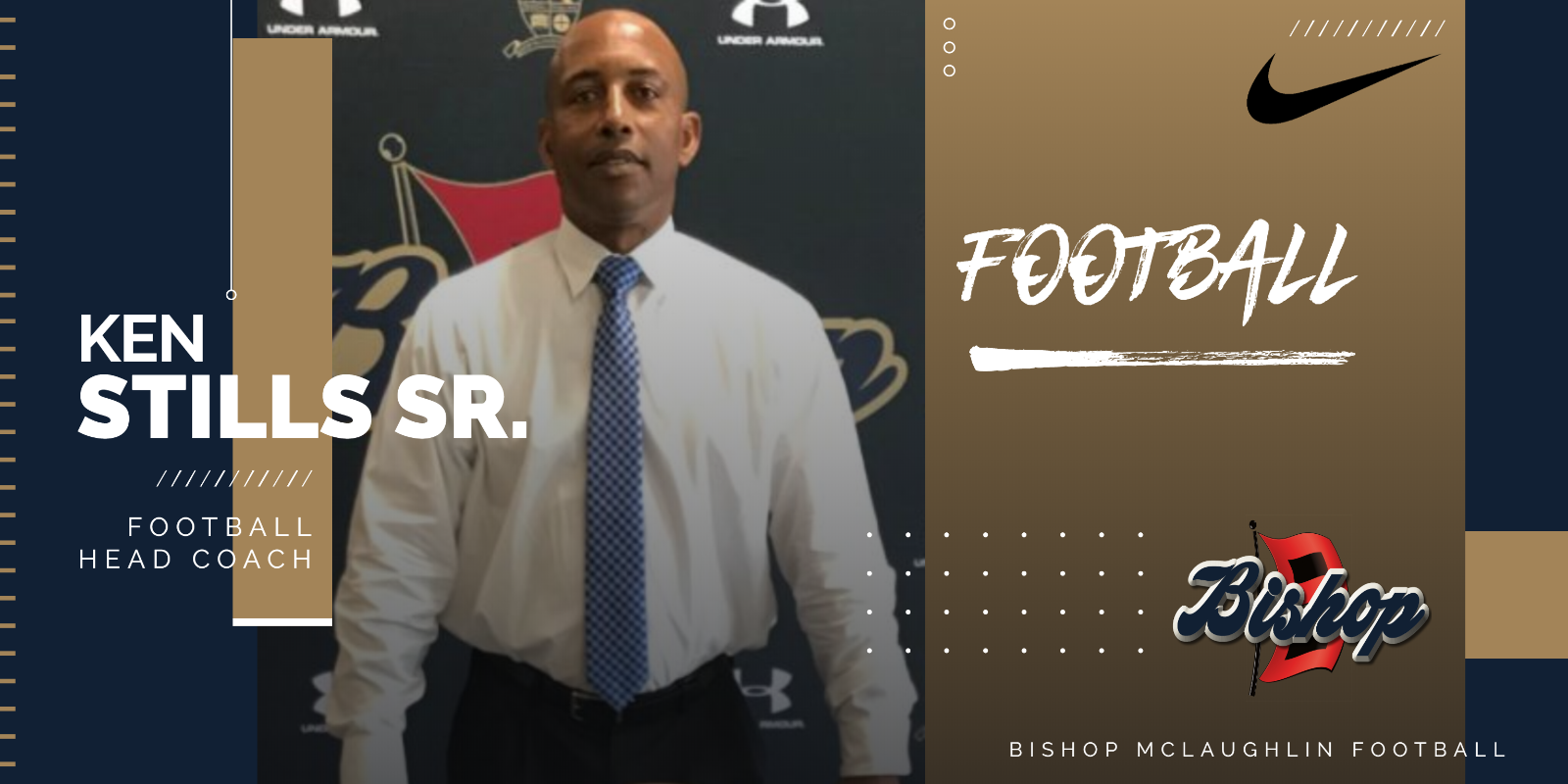 Head Coach Ken Stills Sr.  Retired NFL Player, Football Coach and Scout. Ken has a wealth of coaching and scouting experience having coach and scouted at the High School, Junior College, College, Indoor and Professional ranks over the past seventeen seasons. His most recent position was Head Football Coach at IMG Academy. Before joining the Ascenders he was Director of Football Operations for the upstart Omaha Nighthawks of the UFL. Ken also worked with The United Indoor football league. He was the Assistant General Manager of the Omaha Beef in 2010 and the Head Coach of the River City Rage in 2009. The Rage finished their season as the Eastern Conference Champions. Prior to working in the UIF Ken was the Defensive Backs Coach for National Football League Europe, Frankfurt Galaxy between 2003-2007. His team won the World Bowl Championship in 2003 & 2006. They also were World Bowl participants in 2004 & 2007.

Ken is from Oceanside, California where he prepped at El Camino HS (1977-81); played two years at El Camino Jr. College (1981-83); and finished his collegiate career at Wisconsin (1983-85) where he was an All-Big Ten performer. He was an 8th round draft pick by the Green Bay Packers in 1985, and played in their organization until 1990. He played his last two seasons in the NFL with Minnesota Vikings (1990-91). Ken is married and has four children, Clare, Ken Jr, Lawson and Preston. 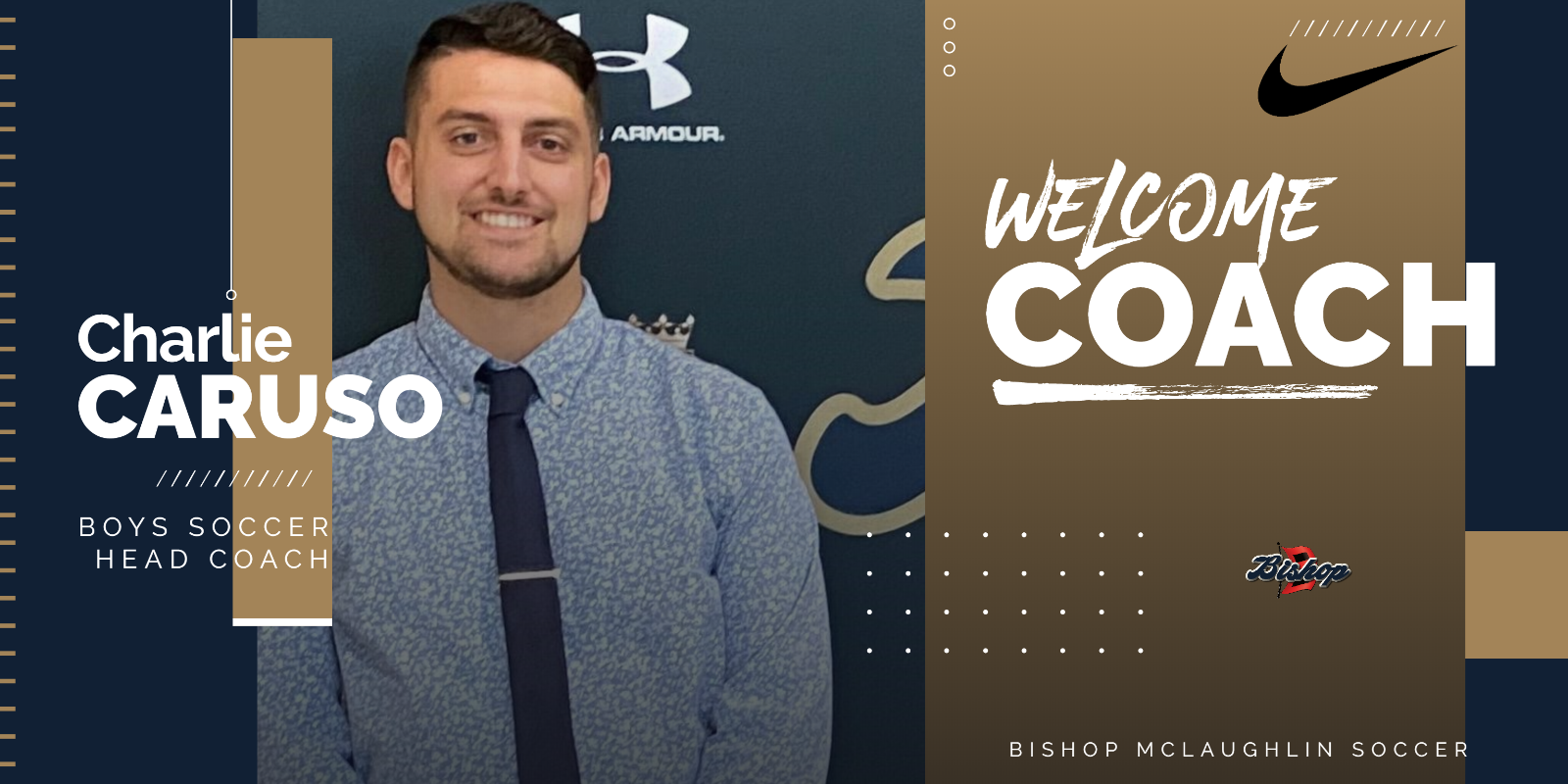 Head Coach Charlie Caruso is a recent graduate from the University of Tampa ’20 with a Bachelor of Science in Sport Management. Charlie comes to Bishop all the way from New Jersey but has been living in Tampa for the past 4 years. He has played soccer competitively through his youth career and began coaching when he was 15 years old as an assistant. He most recently has been head coaching with the University of Tampa Women’s club soccer team where he held a regular-season record of 10-0-2 during his first spell as a head coach. After his time at the University of Tampa, he has made the move to join the Bishop Athletic Department to take over the boys soccer program. 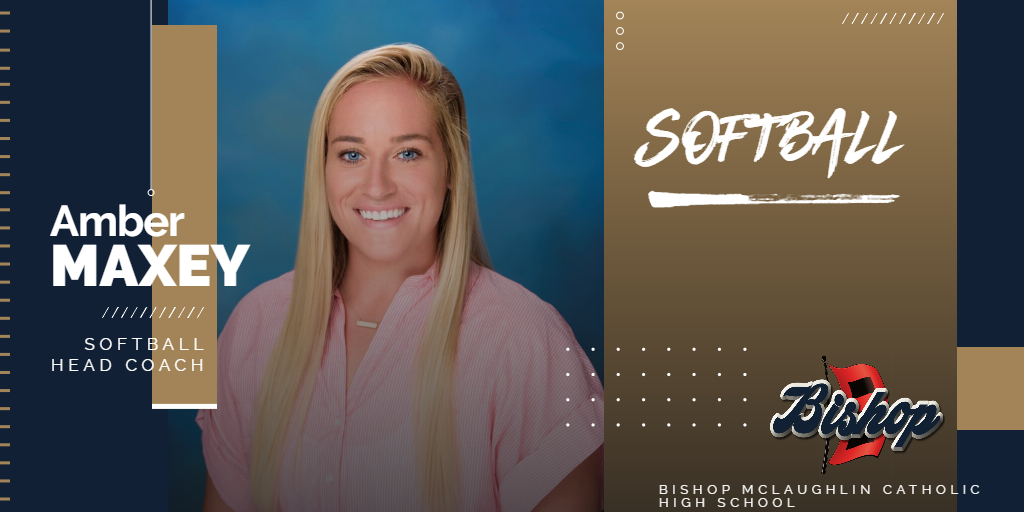 Head Softball Coach Amber Maxey was born and raised in the Tampa Bay Area. She is a former collegiate athlete from Santa Fe College, majoring in Exercise and Sports Science. She has been playing competitively all through her youth and has played in large tournaments like the World Series tournament in 2010; playing other countries such as Italy, the Philippines, Canada, Mexico, Brazil, and Puerto Rico. Maxey started her coaching career at 21, as an assistant softball coach at her Alumni school; Gulf High School in Pasco County. She then took over the head softball coaching position at Bishop McLaughlin, and is going into her 4th year. In her current time, she plays on a competitive women’s softball team traveling the country. In 2019 her women’s team won the USA National Tournament in Texas, and proceeded to win in the Women’s World Series in Viera, FL, where she was awarded ‘All Tournament Team’. Maxey is a full time Teacher/ Athletic Director at First Christian Academy in NPR, Fl.  She has been involved in youth programs for the last 10 years in softball, weightlifting, basketball, soccer, and volleyball. She is invested in growing student-athletes and graduating them to their next steps in life, and has followed her calling ever since 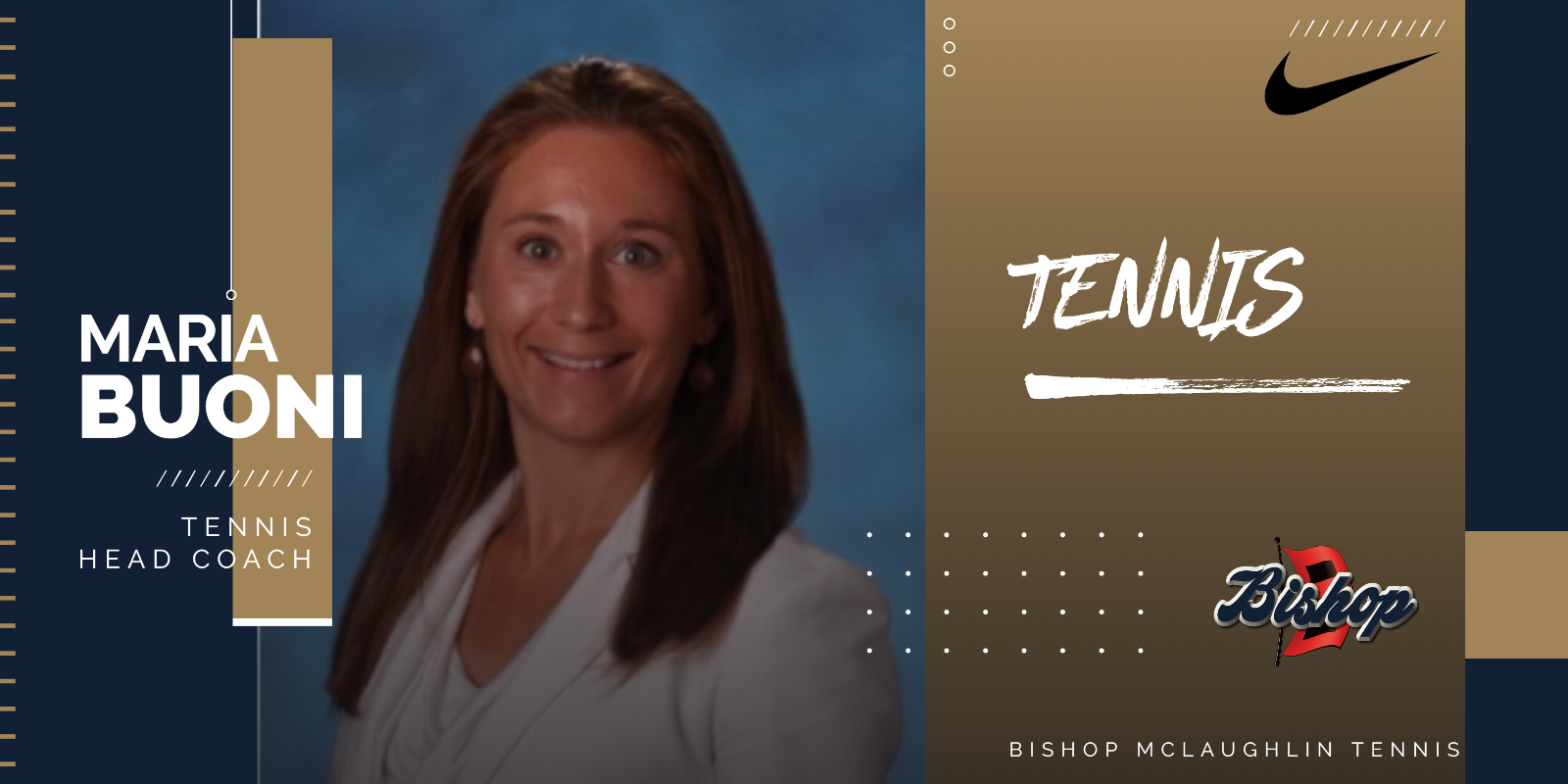 Head Coach Maria Buoni has been a tennis instructor for over 20 years. She has taught tennis at Arnold Palmer’s Latrobe Country Club in Latrobe, PA, Haile Plantation Golf & Country Club in Gainesville, FL, and is the director and head tennis pro at the Williams Tennis Campus in Lakeside, OH during the summers. She has coached high school and college tennis for over 12 seasons, including NCAA Division I (University of Dayton) and NCAA Division III (St. Vincent College). 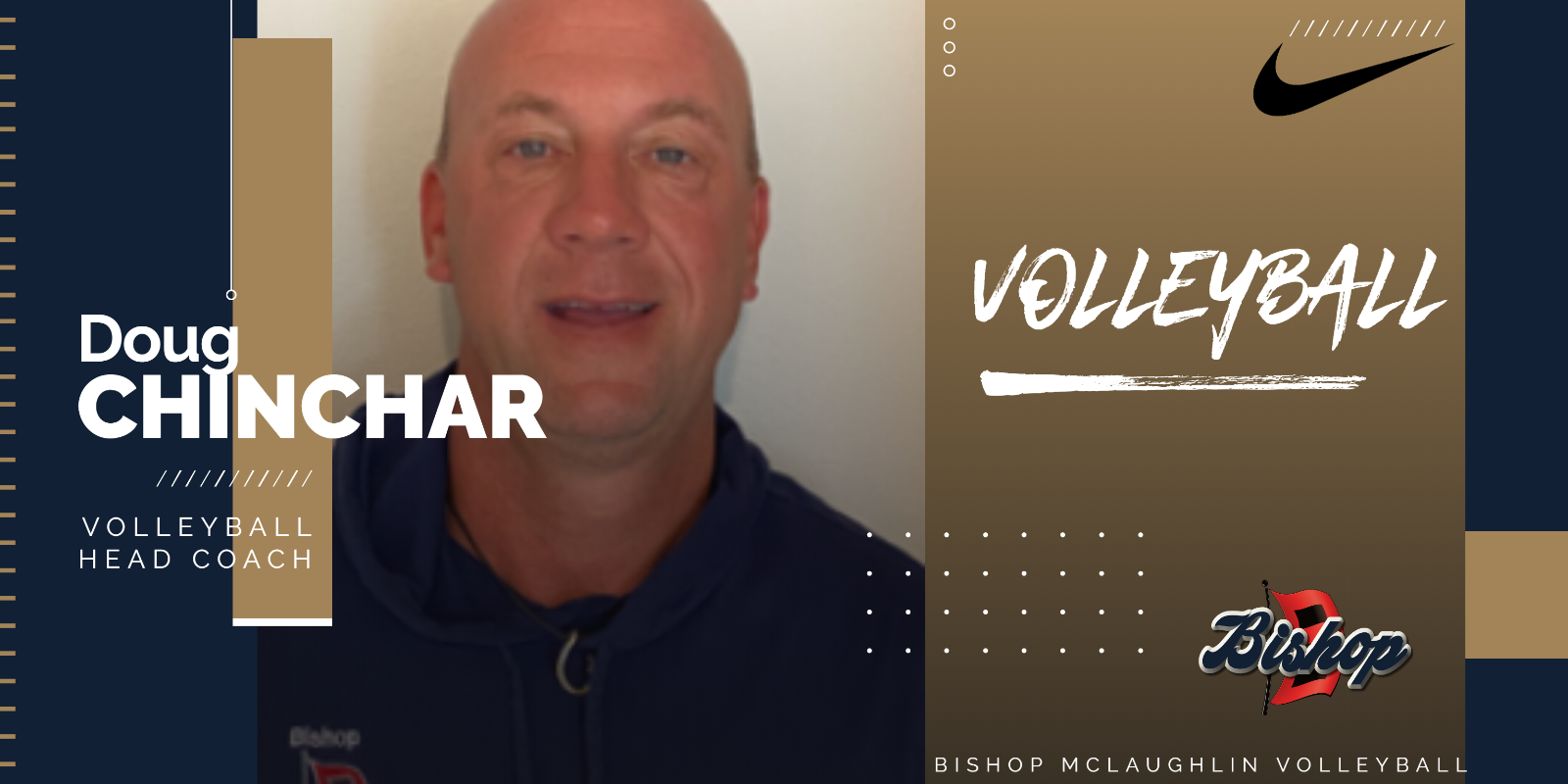 Head Coach: Douglas Chinchar is originally from Clark, NJ and attended the Ohio State University.  After an exciting playing career which included an Olympic Festival Gold Medal, Chinchar took his first collegiate coaching job at Brescia University, where at the time he was the youngest head coach in America. Chinchar’s final collegiate coaching position was at Wichita State University. After a car accident Doug moved to Tampa, met his beautiful wife Sarah, had two little girls, started a local volleyball club, and began his high school coaching career.  Chinichar has roamed the BMCHS sidelines for the last 10 years, headed into season #11! 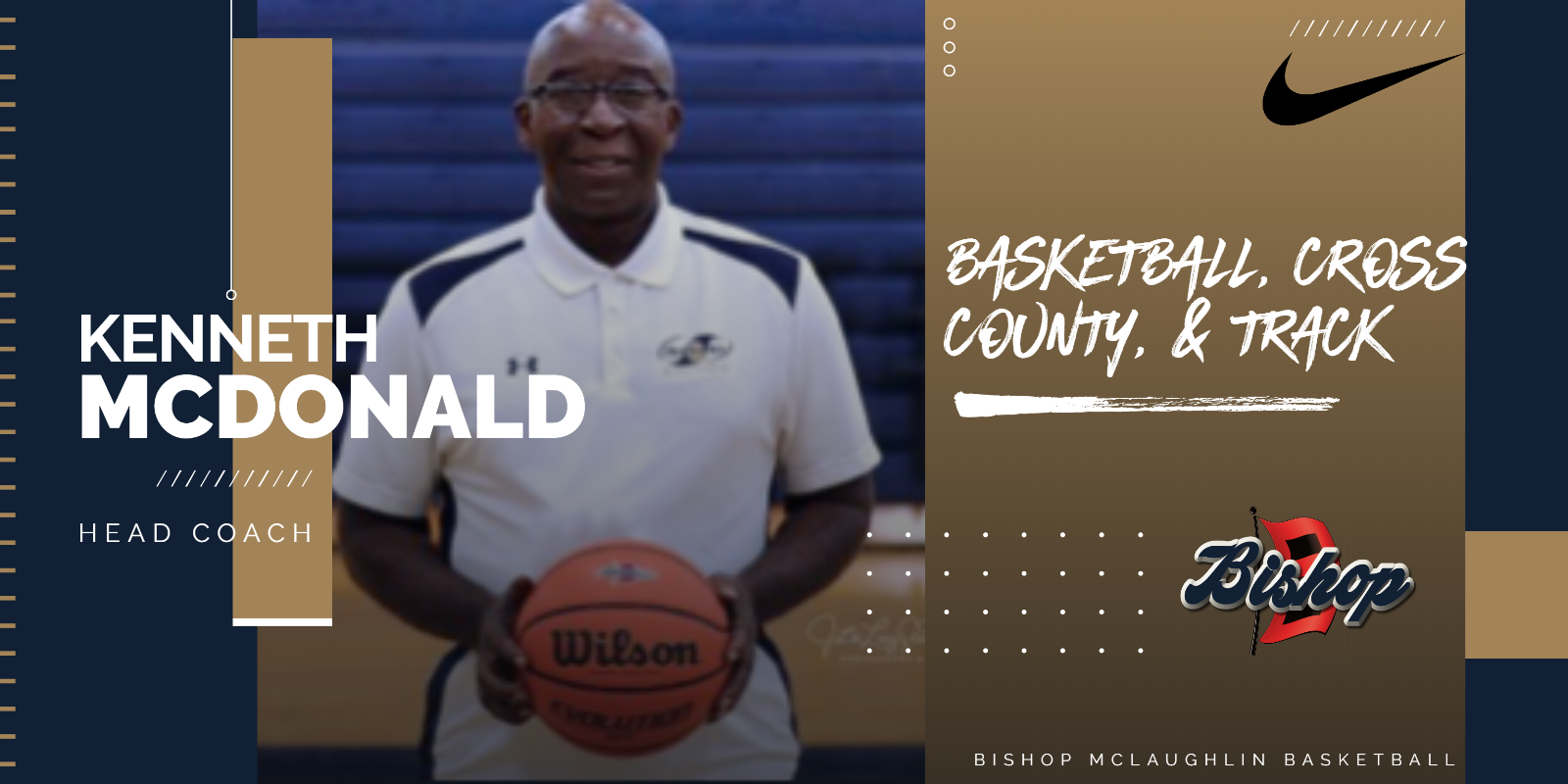 Coach Kenneth (Mack) McDonald is a former High school Basketball player from Philadelphia PA. After moving from Philadelphia in 2005 to land O’ Lakes Florida with his 3-year-old son. He started volunteering is time to youth sport in the Land O’ Lake area. In 2009 started his own youth program call Think Basketball Academy and to date more then 350 kids has come thru that program. From 2012 to 2017 he Coach Middle Basketball at Charles S. Rushe and Imagine of Land O’ Lakes. At Rushe Middle he won 4 Conference Championship banners. For the past 15 years he has been helping young boys and girls learn the fundamentals about the game of basketball.  It is his way of giving back to my community. In 2018 Accepted the JV Basketball Coaching position, as well as coaching Cross Country and Track and Field teams at Bishop McLaughlin high school and has not looked back since.